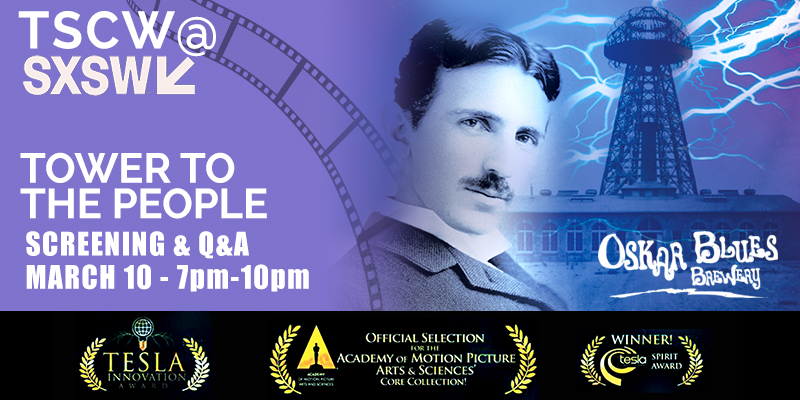 Tower to the People Film Screening and Live Q&A

Discover the history and mystery behind Nikola Tesla’s famed transmitting tower at Wardenclyffe laboratory, as told in the award-winning film Tower to the People. After the film, participate in a thought-provoking Q&A with Marc Alessi, Executive Director of TSCW, where we’ll explore the past, present, and future of Tesla’s only remaining laboratory in the world.

Includes admission to the film screening and live Q&A, one (1) beverage ticket for an Oskar Blues Brewery craft beer or soft drink.

How did a fledgling non-profit launch a record-breaking crowdfund?What energized 33,000 people from 108 countries to donate millions to save an inventor’s derelict laboratory?