“Tower to the People” Webcast (Q&A Only) 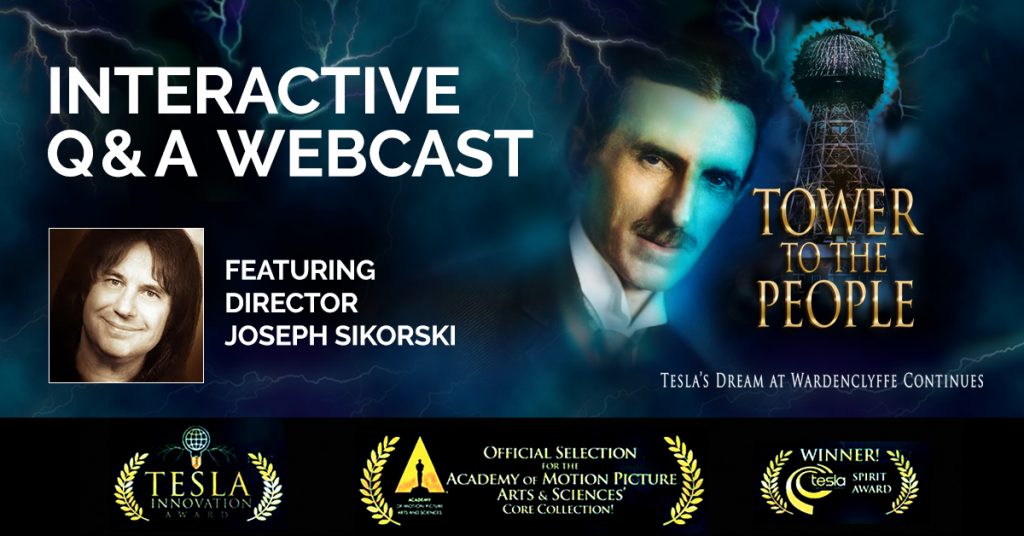 Join us for an interactive live stream of our Q&A session with Tower to the People director Joseph Sikorski, starting at 9pm EST after the screening of the film. This exclusive webcast will be interactive, giving all the participants a chance to submit questions about the film, Nikola Tesla and Wardenclyffe.

Are you a TSCW member?

It’s FREE for TSWC members, you just have to register!

Watch the film before the Q&A:

Purchase DVDs and Blurays on TowertothePeople.com